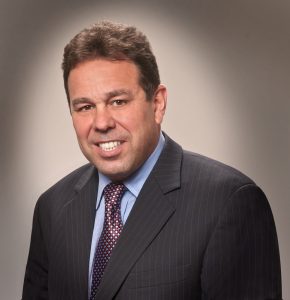 As president of Hazmat Safety Consulting, Bob provides dangerous goods regulatory assistance to customers worldwide by drawing on his vast experience, knowledge of the hazardous materials (dangerous goods) regulations and an extensive network of dangerous goods professionals worldwide. From 2006-2010, Bob served as the Deputy Associate Administrator for Hazardous Materials Safety with the Pipeline and Hazardous Materials Safety Administration (PHMSA) at the U.S. Department of Transportation, where he was responsible for directing the day-to-day operation of the U.S. Hazardous Materials Transportation Safety Program, including overseeing the regulatory development, technical review and classification, international standards, outreach, special permits and approvals, and enforcement offices.

Bob has been involved in the development and implementation of hazardous materials safety regulations for more than 28 years and has been responsible for a broad range of domestic and international hazardous materials safety efforts. Bob served as the Chairman of the United Nations Sub-Committee of Experts on the Transport of Dangerous Goods that has responsibility for publishing the United Nations Model Regulations on the Transport of Dangerous Goods. Bob also served as the chairman and vice chairman of the ICAO Dangerous Goods Panel which has responsibility for developing and publishing the International Civil Aviation Regulations which govern the transport of dangerous goods by air. Bob was the Panel member nominated by the United States to the ICAO Dangerous Goods Panel for a number of years. He also led US delegations to the International Maritime Organization Dangerous Goods, Solid Cargoes and Containers Sub-Committee and coordinated with the US Coast Guard in developing technical proposals and responding to sea transport incidents involving hazardous materials. He played a major role in developing the International Maritime Dangerous Goods Code into the revised format that exists today.

Throughout his career,  Bob has been involved in the development of domestic and international regulations and gained not only an understanding of the regulations, but the intent and meaning behind the words.

Since leaving the government for private practice, Bob draws on his vast experience to provide guidance and consulting services to clients ranging from major international corporations to small businesses. He has assisted numerous clients with bringing their operations into compliance. Bob has conducted compliance audits, assisted clients with classifying their hazardous materials, interpreted regulatory requirements, developed training programs and operations manuals and assisted clients with navigating the complexities of the domestic and international transport regulations.

Bob is the executive director of the Medical Device Battery Transport Council. The MDBTC was formed to promote the safe transport of lithium batteries and battery-powered medical devices. The MDBTC agrees with regulators that safety of both passengers and crew is of the utmost importance, and to that point, is supportive of rules that enhance safety for all parties involved in air transport. Further, the MDBTC shares a common bond with regulatory groups in that each member company has a strong interest in seeing that their lithium battery shipments arrive at the destination safely. This council aims to work with regulators to identify risk reduction opportunities while also mitigating the impacts of overly burdensome regulations that have an adverse effect on the efficient transportation of life-saving products worldwide. 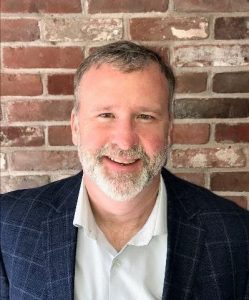 As Vice President of Hazmat Safety Consulting, Ryan provides our clients with extensive experience and perspective he has gained in his 20+ years of experience related to hazardous materials transportation safety.

For 10 years, Ryan was the Director of Approvals and Permits Division for the Pipeline and Hazardous Materials Safety Administration (PHMSA) in the US Department of Transportation. In this role, he led the critical function of processing special permit and approval applications in coordination with other domestic government agencies, foreign governments, and international organizations.  He has led action and government response to the worldwide recall, national disasters, and the introduction of new technologies into the US market.  Ryan’s ability to navigate across government and organizational boundaries is proven by his reputation in the Dangerous Goods industry.

Previously, Ryan served as PHSMSA’s Assistant Director of International Standards where he participated in the US delegation to the UN Sub-Committee of Experts on the Transport of Dangerous Goods and International Maritime Organization.   Additionally, Ryan has led numerous, successful, delegations in international diplomacy and coordination, which led to direct benefits for the international transport of dangerous goods.

Ryan is a lifelong student in the art and science of leadership. He is a Licensed Professional Geologist with a Bachelor of Science from the University of Connecticut and a Master’s degree in Organizational Development and Leadership from Fielding University.  Ryan lives in Rhode Island with his wife Renee, son Rainen and daughter Vivienne. 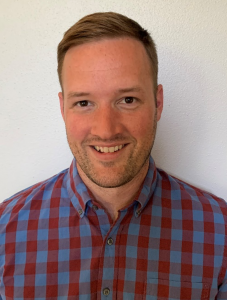 After leaving the DOT, Mike moved to Wisconsin where he spends his time struggling to think of what personal interests to include at the end of his bio.

Our services
Have a project for us? Get in touch!
Go to Top